The National Dance Week - St. Louis event highlights and showcases some of the best dance talent in various disciplines including, but not limited to, ballet, tap, jazz, hip-hop, african, middle eastern, modern, and more. This one day event is celebrated with dozens of professional, university & studio companies all performing on stage, all for free! The outdoor event starting at noon is held on the corner of Washington and Grand, the Heart of the Art & Entertainment District in the City of St. Louis! 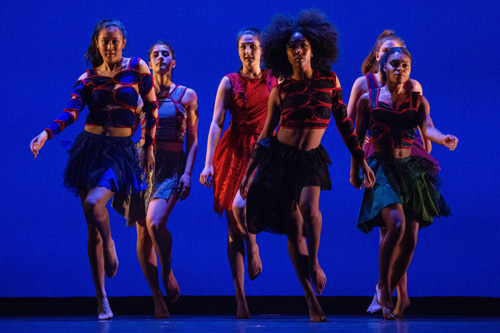 WUDance Collective is a student repertory company-in-residence in Washington University's Performing Arts Department. WUDC was established in the fall of 2015. Its aim is to provide a forum for select dancers to engage in dynamic, inspiring, and creatively challenging works of choreography; while providing a valuable collective learning experience regarding professional protocol and expectations. WUDC is a unique blend of talented and expressive movers from diverse backgrounds who bring a wide range of movement styles, technical accomplishments, and performance skills. Under the artistic direction of Cecil Slaughter, the dancers work with faculty, community, graduate and undergraduate student choreographers. WUDC participates in performances throughout the St. Louis community. The company holds it annual spring concert in the Edison Theatre on Washington University's Danforth campus. 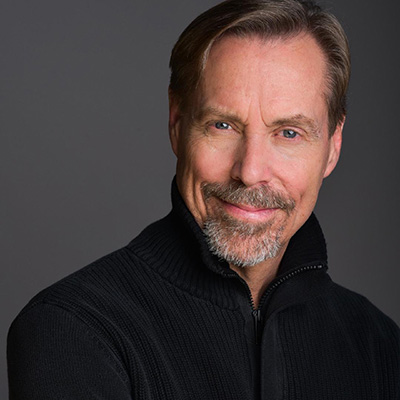 Lara Teeter has performed, directed and choreographed for major regional theatre and opera houses nation-wide. He is currently a Professor of Theatre, Head of the Musical Theatre Program at the Webster Conservatory for Theatre Arts here in St. Louis. Previously, Lara has taught for Shenandoah University, Northwestern University and California State University at Fullerton. Lara is proud member of the Musical Theatre Educators Alliance and was elected President, serving a two-year term from 2014 to 2016. The MTEA is an International organization celebrating 20 years of service devoted to stimulating the growth of the fine art of acting, singing, and dancing in colleges and universities worldwide. As a result of Webster Conservatory's connection to this amazing organization, an exchange with the Norwegian College of Musical Theatre occurred this spring semester as a way of celebrating the Webster Conservatory of Theatre Arts 50th Anniversary (1967-68 to 2017-18). A veteran song & dance man, Lara has performed in three national tours and six Broadway shows, including the revival of the Rodgers and Hart classic, On Your Toes, for which he received a Tony nomination and Outer Critics Circle Award. In 2000, Lara made his Carnegie Hall debut followed by his Lyric Opera of Chicago debut in 2001. From 1999-2004, Lara served as Artistic Director of Light Opera Works in the Chicago, IL. Since 1990, Lara has performed on the MUNY stage in shows such as Singin' In the Rain, The Wizard of Oz, Little Shop of Horrors, White Christmas, Hairspray, Beauty and the Beast, The Little Mermaid, Bye, Bye Birdie, AIDA, and most recently All Shook Up. Recordings include On Your Toes, Lady Be Good and the Grammy nominated Wizard of Oz. For the Variety Children's Theatre, he has directed The Adventures of Tom Sawyer, Oliver!, The Wizard of Oz, ANNIE, Peter Pan, The Little Mermaid, Mary Poppins, and Beauty and the Beast which earned him a St. Louis critics nomination for best choreography. This year, the Variety Theatre was awarded the St. Louis Critics Circle Award for their body of work. He and his wife, Kristen, are the proud parents of Charlie, Elizabeth, Katherine and Maggie.

We are working hard organizing the NDWSTL 2020 event. Check back for schedule updates!